what is written in the books 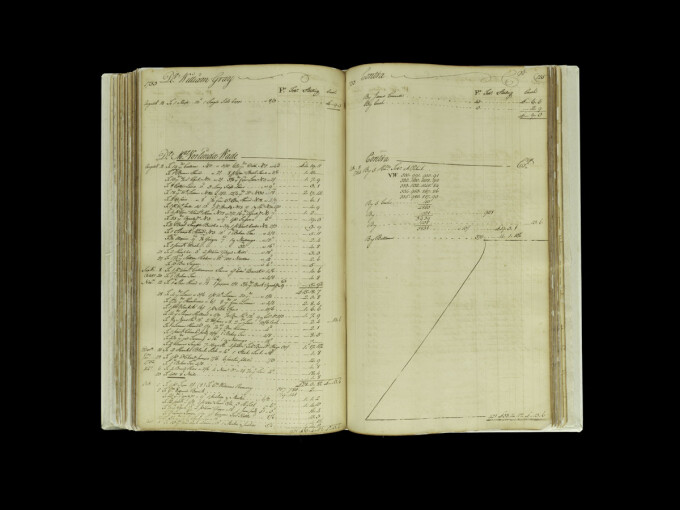 Then I saw a great white throne and him who was seated on it. From his presence earth and sky fled away, and no place was found for them. And I saw the dead, great and small, standing before the throne, and books were opened. Then another book was opened, which is the book of life. And the dead were judged by what was written in the books, according to what they had done.

During my freshman year of college, I dated several girls who I didn't treat very well.  These misdeeds became known to others in the small liberal arts college which I attended. Unknown to me at the time, some of the upper class girls in the college's InterVarsity chapter compiled a list of names of male students that the lower class girls should avoid.  My name was recorded on that list.

It's an eerie feeling to have your misdeeds known and recorded.  Yet, God through His holy scriptures asserts that this is true of everyone of us.  There is a record of every callous word you've spoken, every dark thought you've entertained, and every selfish deed you've done.  Someday the record books will be opened, your name will be located on the ledger, and the long list of your misdeeds both public and private, personal and professional, will be publicly exposed.  It will be a day of justice.

Yet, God through His holy scriptures speaks an encouraging word.

And you, who were dead in your trespasses and the uncircumcision of your flesh, God made alive together with him, having forgiven us all our trespasses, by canceling the record of debt that stood against us with its legal demands. This he set aside, nailing it to the cross.

Derek Kidner links the words 'by canceling the record of debt' to David's plea in Psalm 51 to 'blot out my sin.'  Kidner writes, "blot out means 'wipe away', like the writing from a book.  Only the gospel could reveal at what cost 'the record of debt' could be blotted out."

In other words, when you come to faith in Jesus Christ, God opens the book with the list of your trespasses and he erases all the entries.  The long list of the callous words you've spoken, the dark thoughts you've entertained, and the selfish deeds you've perpetrated are removed from the ledger.

How can this be?  It is because the record of your sins was accounted to Christ.  Through His substitutionary death, he paid your debt.

The book of Revelation speaks of another book called the Book of Life.  In it are recorded the names of those who belong to Jesus.  Won't it be wondrous to have your name publicly read from that book?  The ledger won't contain a list of your misdeeds, but the flawless record of Jesus Christ accounted to you.  Instead of being publicly shamed, you will be publicly honored all because of Him who loved you.

Posted by Matthew Roberts with
(Login/Register to leave a comment)