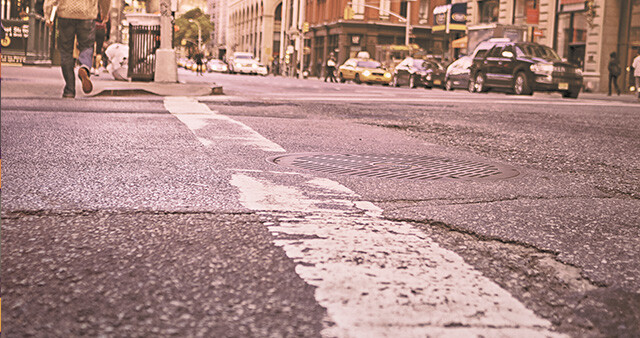 Many disciples of Jesus Christ begin their journey with an unbiblical assumption.  The assumption is, "If I put Christ first in my life, if I devote myself to obeying His commands and advancing His kingdom, then He will protect me from harm and He'll prosper my health, career, and family."

It doesn't take long to learn from experience and to read in the Bible that it doesn't often work out this way.  The Bible has many accounts of people putting Christ first and experiencing harm.  Consider the stories of Abel, Naboth, John the Baptist, James the brother of John, and Stephen.  They were faithful to Christ and He didn't protect them from harm in this world.  It is precisely because they were faithful to Christ that they experienced suffering and death.

Why does God ordain suffering for His people?  One reason is that God wants our love, faith, and obedience to be purified of self-interest.  God wants us to love Him because He's supremely worthy of our love irrespective of any ancillary benefits.

God want us to have the type of faith that says, "Whether this life goes well for me or poorly for me, Christ Jesus will still be first."

We see vignettes of this in the Bible.  Shadrach, Meshach, and Abednego when threatened with the fiery furnace respond, "God is able to save us, but if he doesn't save us, we will still obey him."  (Dan. 3:17-18).  Esther makes the same decision.  She makes a decision to honor God and help others even though it puts her at risk.  She says, "If I perish, I perish, but whether I live or die I'm going to do what's right.  God doesn't have to protect and prosper me for me to be obedient to Him."  (Esther 4:16)

The supreme example of this is Christ himself.  In the Garden of Gethsemane he prays, "Father if it is possible, take this cup from me, yet not as I will but your will be done."  Jesus doesn't want to be arrested, beaten, spit upon, mocked, and hung from a Roman gibbet.  Yet, He loves, believes, and obeys the Father regardless of what the Father ordains for him to experience.

Posted by Matthew Roberts with
September 4, 2018

The Work of the Holy Spirit

In the late spring, I took an aside from Romans to preach four sermons on the doctrine of effectual calling.  This doctrine is closely related to regeneration and the new-birth.  To assist that study, I read several books on the Holy Spirit, including this one from Octavius Winslow, who was a 19th century minister in England.  I also used these notes to conduct family worship.  I hope they stimulate your reflection on the presence and power of the Holy Spirit.

(Please pardon any typos found below.  The fault is with me, not with the author or publisher.)

Octavius Winslow was a prominent Baptist minister in England during the 19th century.  He was a friend of Charles Spurgeon and J. C. Ryle.  He composed over 100 books and pamphlets; several of his books reprinted by the Banner of Truth Trust.

Page 47:  The natural man is a god to himself, and he has many other gods as well.

Page 52:  A new spring of action is a distinguished feature of the renewed man which must not be overlooked.  Every unconverted man has his rule of action; or, in other words, some great governing principle, which is his rule and standard in all that he does.  The controlling principle of an unrenewed mind is self.  His rule is to adopt such a course, and to do such things, as either gratify or elevate himself.  . . . But quickened by the Spirit, ‘born of God,’ ‘created anew in Christ Jesus,’ the will of God is now his rule of action, the glory of God his aim, and the love of Christ his constraining motive.  ‘The expulsive power of a new affection’ has found a home and a dwelling-place in his heart; and when his own will comes into competition with God’s will, under the holy sway of this ‘new affection’ – the love of Christ – self is renounced, yea swallowed up in God, and God in Christ is all in all.

Page 113:  It may be, reader, that your heart is often anxious to know in what way you may distinguish between nature and grace, how you may clearly discern between that which is the work of man, and that which is the work of God.  In this way you may trace the vast difference – that which at first came from God, returns to God again.  It rises to the source whence it descended. . . Did nature ever teach a soul the plague of its own heart?  Did nature ever lay the soul in the dust before God, mourning and weeping over sin?  Did nature ever inspire the soul with pantings for God and thirstings for holiness?  And did it ever endear the throne of grace and make precious to the soul the atoning blood, the justifying righteousness of Jesus?

Page 132:  The holy Robert Leighton has remarked that to say from the heart ‘Thy will be done’ constitutes the very essence of sanctification.

Page 135:  Such an attainment in holiness is not soon or easily gained.  Far from it.  In many, it is the work of years; in all, of painful discipline.  It is not on the high mount of joy, but in the low valley of humiliation, that this precious and holy surrender is learned.  It is not in the summer day – when all things smile and wear a sunny aspect – then it were easy to say, ‘Thy will be done’; but when a cloudy and a wintry sky looks down upon you, when the chill blast of adversity blows, when health fails, when friends die, when wealth departs, when the heart’s fondest endearments are yielded, when the Isaac is called for . .  . . then to look up with filial love and exclaim, ‘My Father, thy will be done!’ – oh, this is holiness, this is happiness indeed.

Page 145:  They know but little of their own heart, who do not know, that sin (to borrow the language of John Owen), ‘not only still abides in us, but is still acting, still laboring to bring forth the deeds of the flesh. . . . When sin lets us alone (as has been remarked) we may let sin alone.’

Page 166:  Where the Holy Spirit descends in an especial and extraordinary manner (as the history of the American churches and, more recently, of many in our own land testifies that he sometimes does), conversions assume a more marked character and type.

Page 237:  Draw near, then, seeking soul, with boldness [in prayer]; not the boldness of presumption, self-righteous man, but that of one chosen, called, pardoned and justified.  Draw near with the lowly boldness of a child, with the humble confidence of a son.  You are dear to your Father.  Your voice is sweet to him.

Page 254:  Many of the saints of God tend to forget the appointed path of believers through the world.  They forget that the path is to be one of tribulation; that far from being a smooth, a flowery and an easy path, it is rough, thorny and difficult.  The believer often expects all his heaven on earth.  He forgets that whatever spiritual enjoyment there may be here, related in its nature to the joys of the glorified, and of this he cannot expect too much – the present is only the wilderness state of the church.